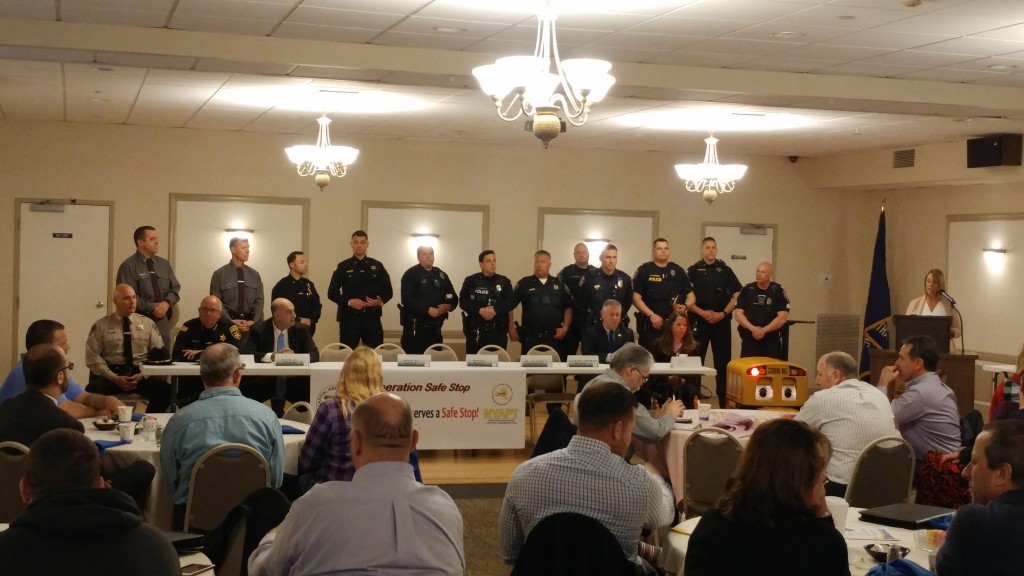 “NYAPT wants to thank all those motorists who do STOP for stopped school buses. We appreciate the respect you show for our children and for those yellow buses,” noted NYAPT President Lori Ann Savino, Jericho Public Schools. “NYAPT joins with all who care about the safety of our children to eliminate illegal passing in New York State,” she continued. 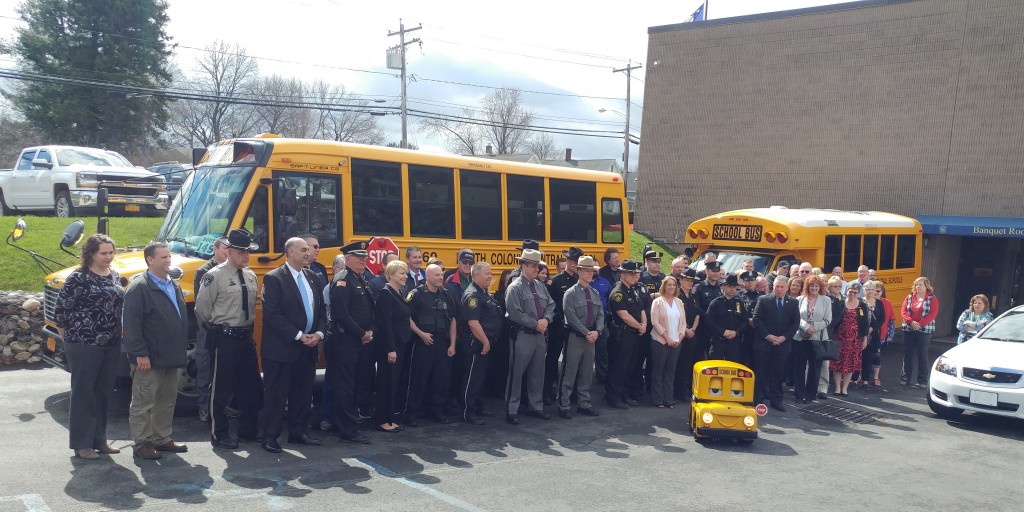 At the Capital Area Chapter NYAPT event, coordinated by Shenendehowa’s Belinda Govich, the entire roster of chapter members, law enforcement agencies from Albany, Saratoga and Warren counties, State Assembly members John T. McDonald III and Mary Beth Walsh, as well as staffers from State Senator James Tedisco’s office were on hand to commemorate the annual effort by law enforcement to monitor traffic around school buses and be on the alert for motorists who are illegally passing those buses. It is estimated that as many as 50,000 illegal passes take place in New York State every day. This happens in spite of the fact that a first offense carries a minimum fine of $250 and five points on the offender’s license, as well as the possibility of 30 days jail time. 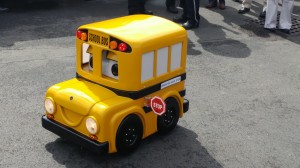 Buster the Bus, a robot used in helping youngsters learn about school bus safety, was there to remind adults that they can learn quite a bit from him too!

Operation Safe Stop events were coordinated by local NYAPT chapters throughout New York on April 26, 2018. Matthews Buses had representatives at virtually all of these events to show solidarity with our transportation partners. 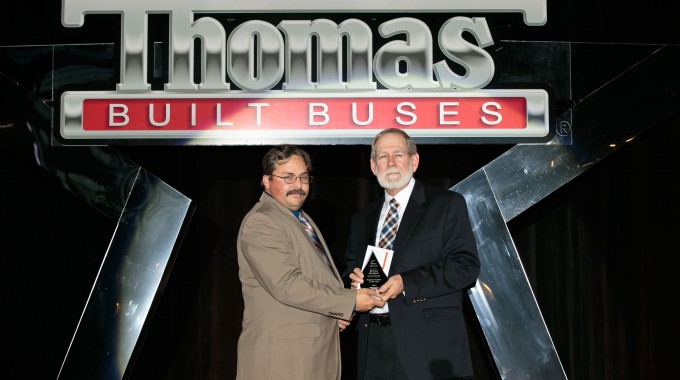 Roger Harrod Named Northeast Region Trainer of the Year by Thomas Built Buses
Roger Harrod, who has been Matthews Buses' Trainer for almost twelve years, was honored by… 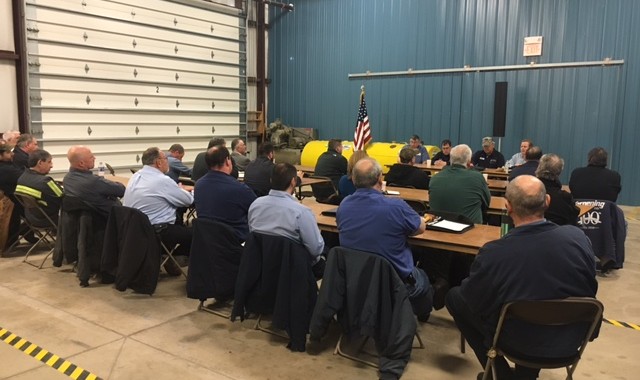